Shiny new wheel, so much fun I thought. Ah, but frustration set in. Not only was centering driving me INSANE but the thing that happened only to other people had started happening to me. The clay was sliding off before I even got going. What the heck?! So I had a good long think after trying to be persistent for a week or two. What was I doing differently? Hmm. Well at the studio I had been forcefully throwing the clay onto the wheel. Was I doing that here? No. Why not? I'm not sure, but I think a combination of things led to this. I had watched a youtube clip where someone said you don't need to throw it, just press it on. (Hey, I thought, this will make it easier to get it centered before I even start.) Secondly, I think I figured the shiny new wheel would grab the clay better. Ah no, probably it was actually less likely to grab it as it is in fact shiny and new.

As for the centering going worse than ever before (it's always been my weak point) well I had been telling myself I should use up the old half used bag of clay that had been sitting in my cupboard for ages before I started on the nice fresh new bag. Sure, it seemed a big harder than usual but it made sense to finish it first. Oh no, bad idea. Having just broken into the new bag, well what a difference.

So here I was this morning, new SOFT clay, throwing the clay forcefully onto the wheel and thirdly, just for luck, using a smaller piece of clay than I have been lately (bigger pieces are still a challenge.) I literally just threw an almost perfectly centred bowl in MINUTES.

I'm heading back to the wheel. Wish me luck. Here are some pics of my latest stuff. 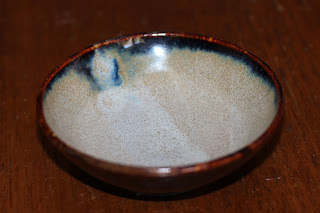 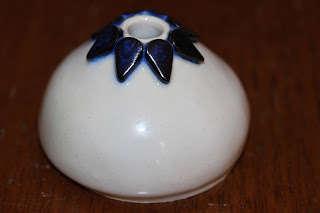 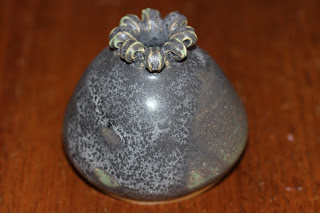 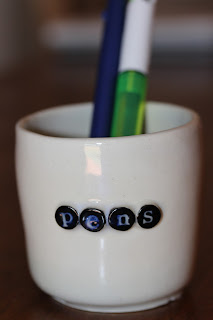