Something I have been wanting to experiment with for a while...pooling glaze. Problem being that we high fire which does not suit the pooling glaze. I like the high firing as I want my bowls to be as strong as possible but I really wanted to experiment with the pooling glaze. So I decided to make some pendants using it, as I don't feel they need to be so strong. I may decide to make some bowls later and just remind myself that the finished product will be more fragile.
So, initial results below: 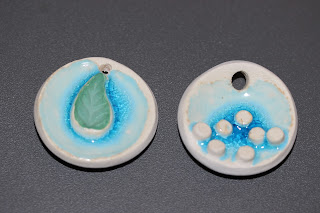 There were some others, but the glaze was applied too thinly and they are going back into the kiln with more glaze on. I can't use clear glaze on the underglazed bits as our club's clear glaze is for high firing. I'm looking into buying some clear glaze for bisque firing. So far I've only found it in bulk though.

Other items out of the kiln this week: 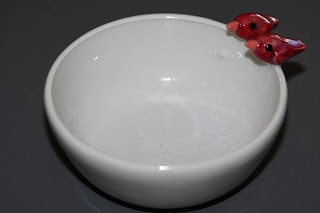 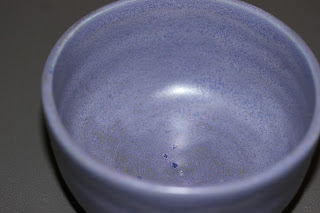 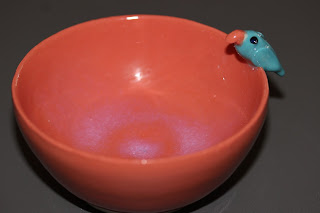 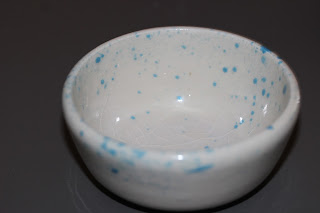 The lavender coloured bowl was an experiment with spraying my gloss blue glaze onto the lavender glaze. I didn't get a speckled effect at all, it all just blended in together. I wasn't expecting the full speckles like with the underglaze, but I thought there would be something more interesting than this.
Posted by Caroline at 19:05