It all began with a pinch pot formed into a bug. This was my introduction to clay when I joined the Mildura Pottery Group at the start of the year. 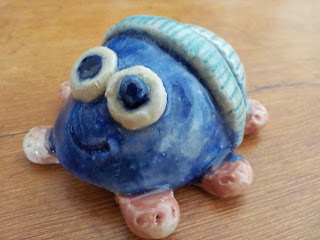 This was closely followed by a pinch pot turned into a chook bowl. Very rough. Getting better at smoothing now. We place newly collected eggs into this each morning before they get moved to the fridge. 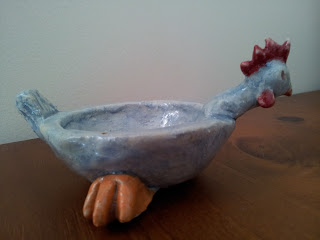 Next came a project for my mother. She had been given a lovely Swarovski pen so I made a pen holder for it. Try to imagine roses winding around it. 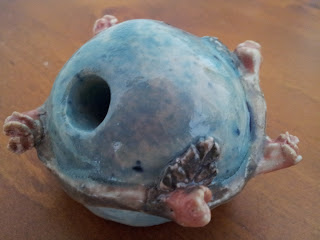 The obvious goal for the part owner of two chooks, an egg cup. First experiment with bleeding one glaze into another. Loving Whitsunday Blue and Iron Oxide. Will try not to glaze everything with these colours. 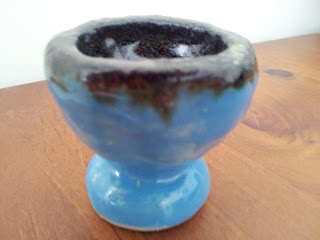 My aunty loves all things owl related, so she became my next victim recipient. 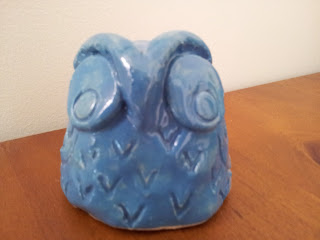 After two months I moved on to something a bit different. I started to feel like there was a grain of creativity in me once I completed these. I especially like the leaf bowl/candle holder. 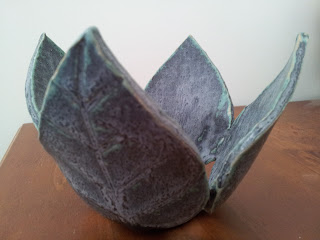 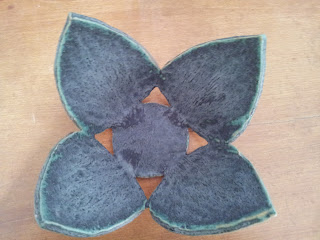 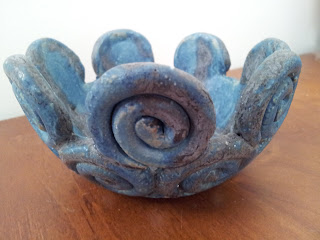 I hope it appears I am making progress! Regardless, I sure am having fun.
Posted by Caroline at 23:39