It took me six months but I finally got the courage to attempt hand sculpting a dragon. It's taking quite a while to dry. I'm really glad I hollowed out the underside at the start and not afterwards or it would never have survived. 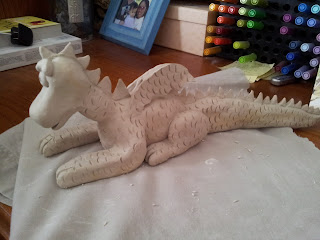 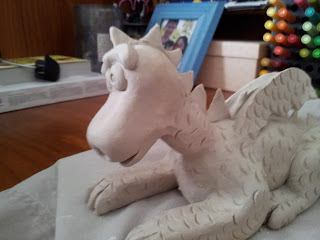 Then there was another bird, a cockatoo this time. 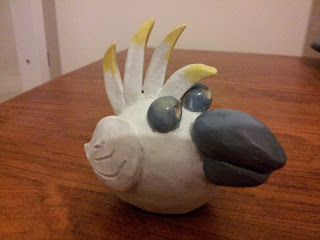 I was very excited to get my first thrown bowls out of the kiln after glazing. Bowl one was glazed with tenmoku, bowl two with hyacinth blue and bowl three double dipped tenmoku then hyacinth blue. Bowl three is my favourite for shape and colour. 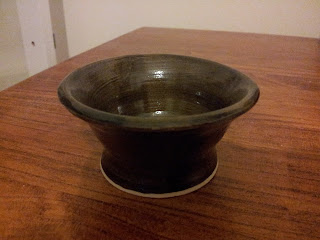 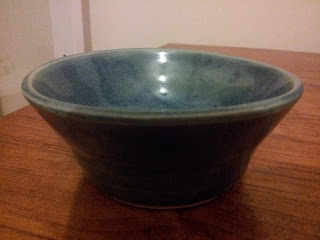 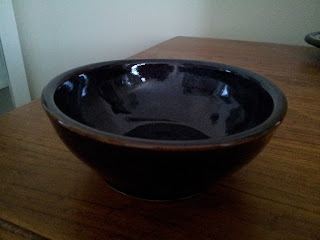 My second session of throwing produced two shallow bowls with straight sides due to my first collapsing sides requiring them to be cut down. I experimented with some different colours of glaze (lavender and royal blue) but using a brush has taught me not to use a brush. I used a brush simply because I had bought them myself in smaller quantities than the colours I can use at the pottery group. Jayne has suggested I try pouring the glaze over next time. I'm willing to give that a go as I would like to have more colours to choose from.

This week my third session of throwing produced two new shapes that I am loving, especially the larger one which is exactly what I was aiming for. Next goal is to go LARGER! 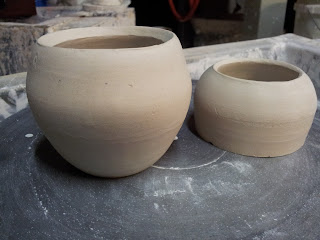