I often see photos of potters' pets in their studios, and inspired by Gary Rith's recent photos of his wrestling cat and dog, I took a snap of Jayne's new adopted dog Luka wrestling (playfully) with her other dog Stella in the new studio. 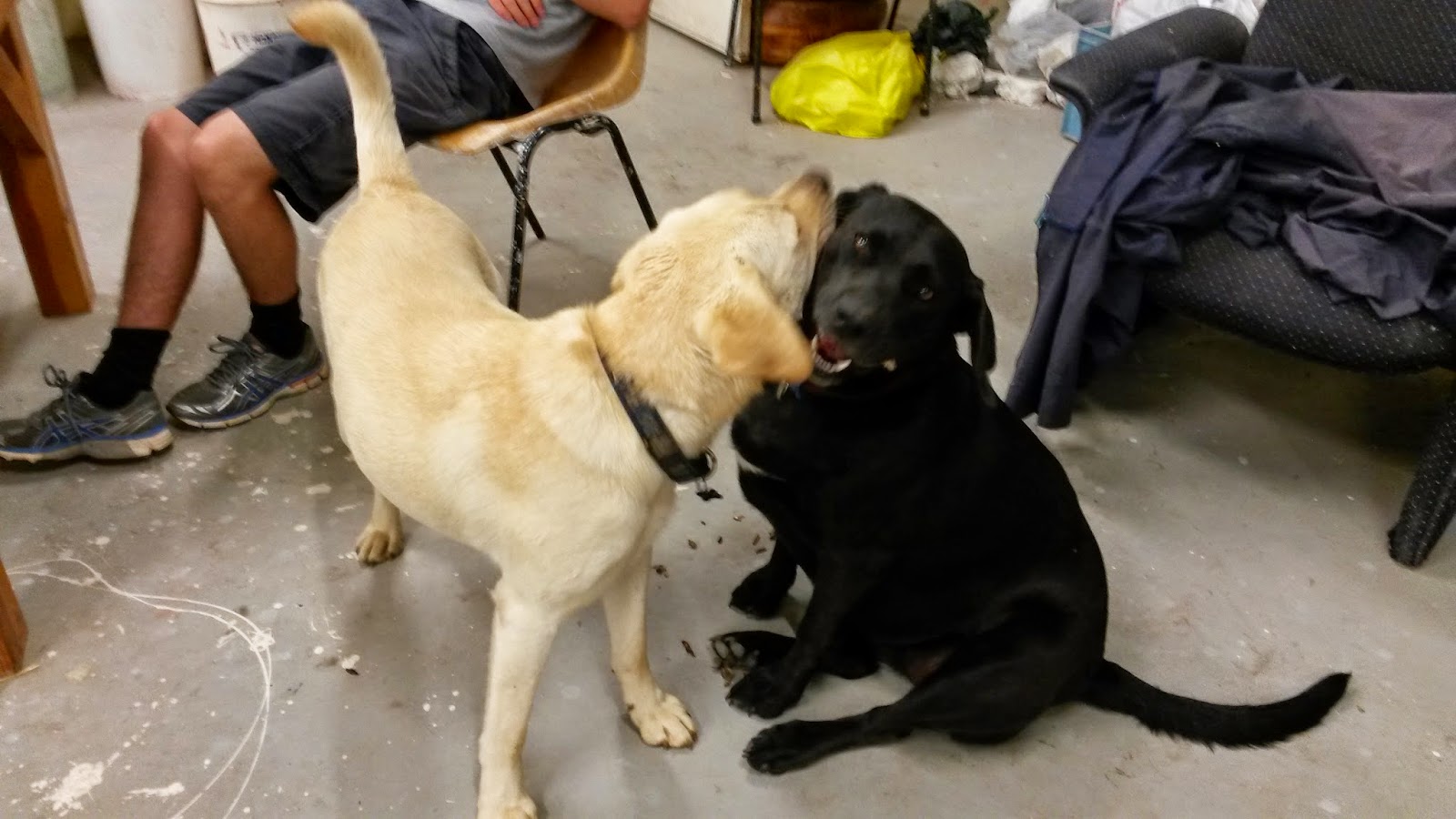 Last night I achieved two successful pots on the wheel out of three attempts which was a big improvement on a few weeks ago when I only achieved one success out of four. I envy those who can just get on the wheel and know that an actual pot/bowl will appear before them rather than some warped or lopsided sort of thing.
Thought for the day...I AM on holidays and I WILL get back to hand sculpting clay.
Posted by Caroline at 17:12