Hmm. Last post May 2014. What can I say? I've been "busy" with other things. Not much pottery to show. Our old premises became unavailable and a new studio is still being built. It is a work in progress but the wheels are plugged in to power and the kiln is fired up. I discovered some items I had neglected to photograph!
So here we go...
An addition to the "collection" I began some time back. I still have plans for more. 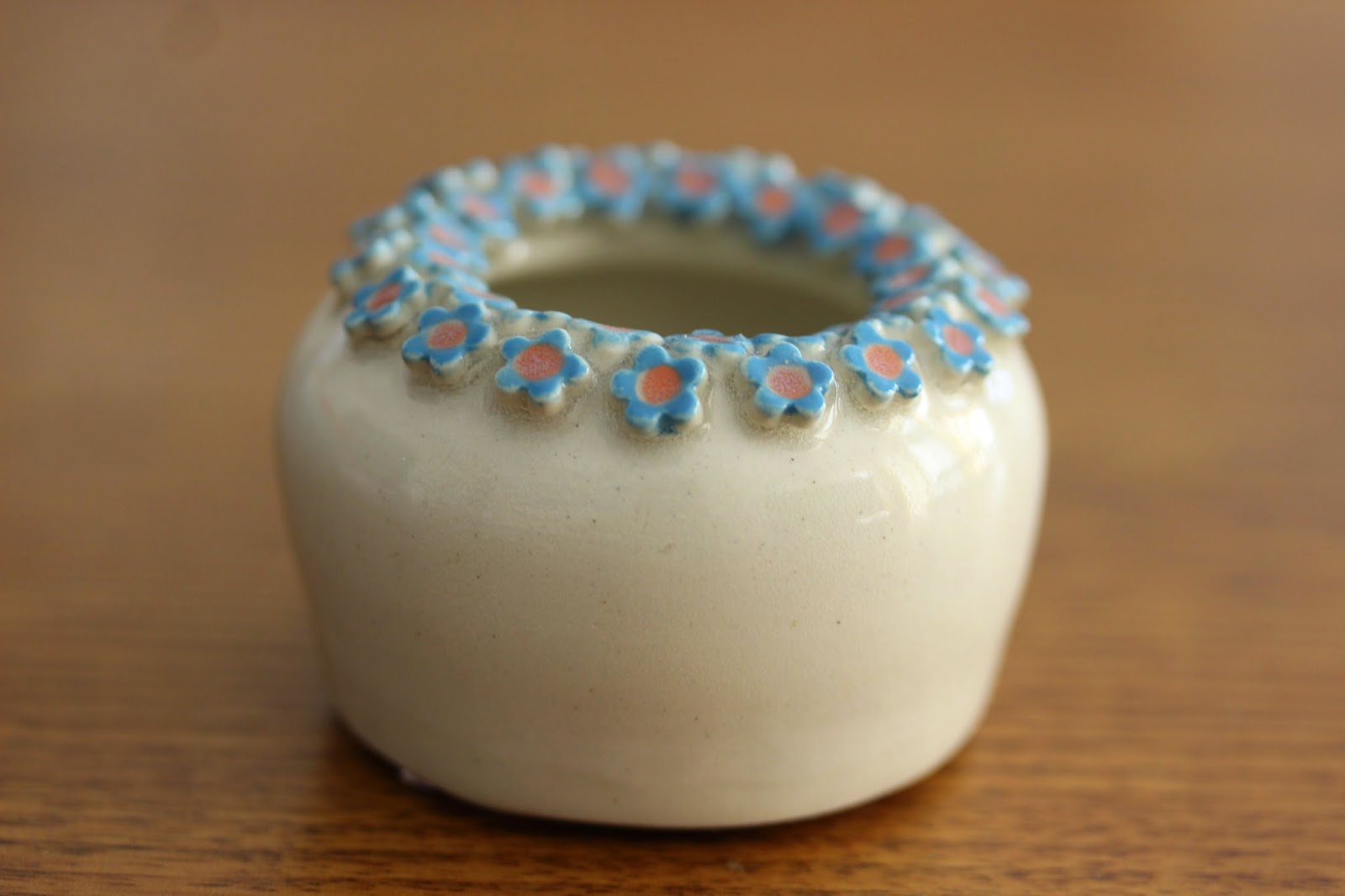 A baby owl I made some time ago. Not sure why it was forgotten. Maybe I couldn't get a decent photo of it before I got my good camera. 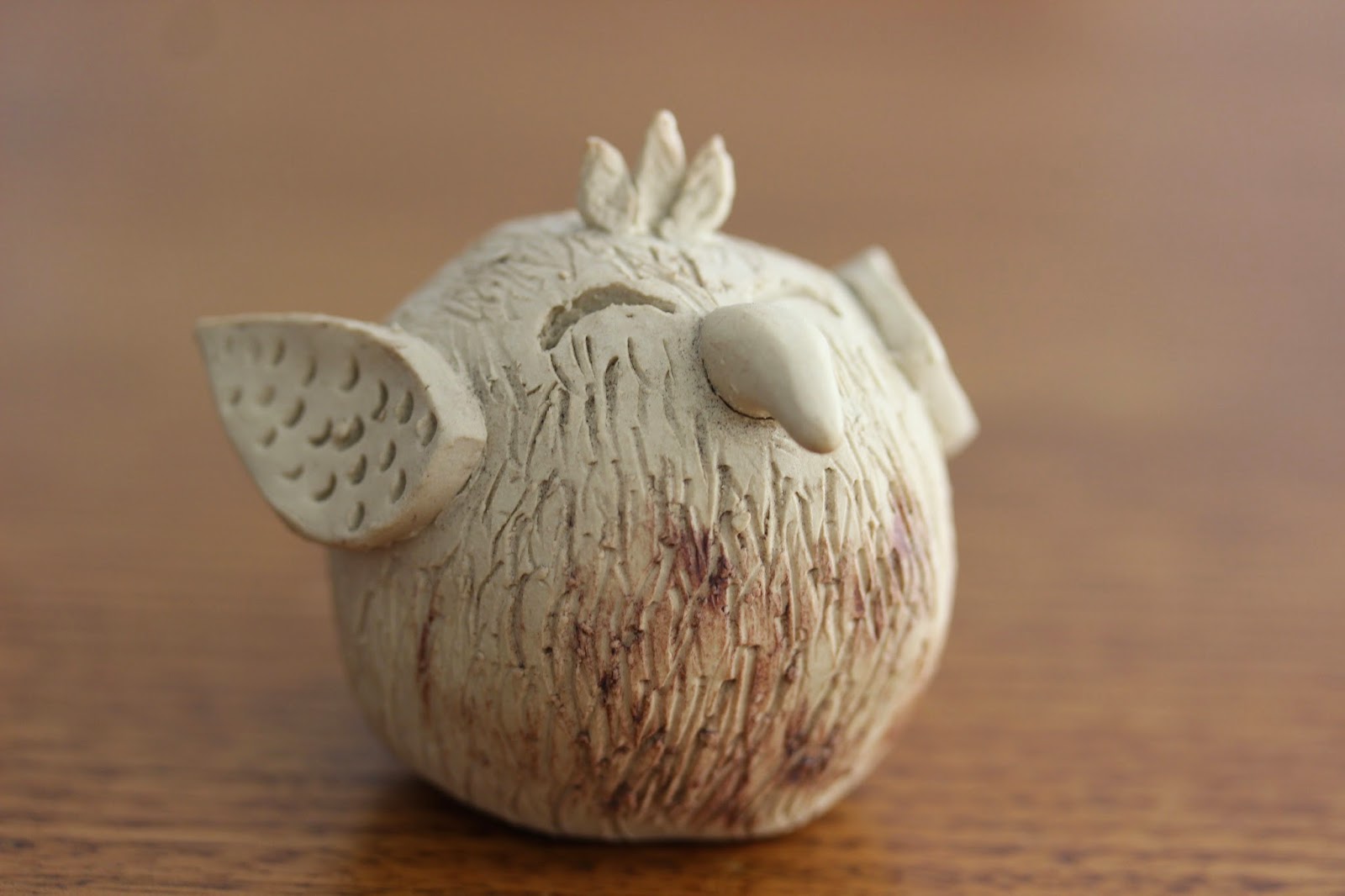 The makings of another "collection" of which I'm sure there was another one. Expect more. 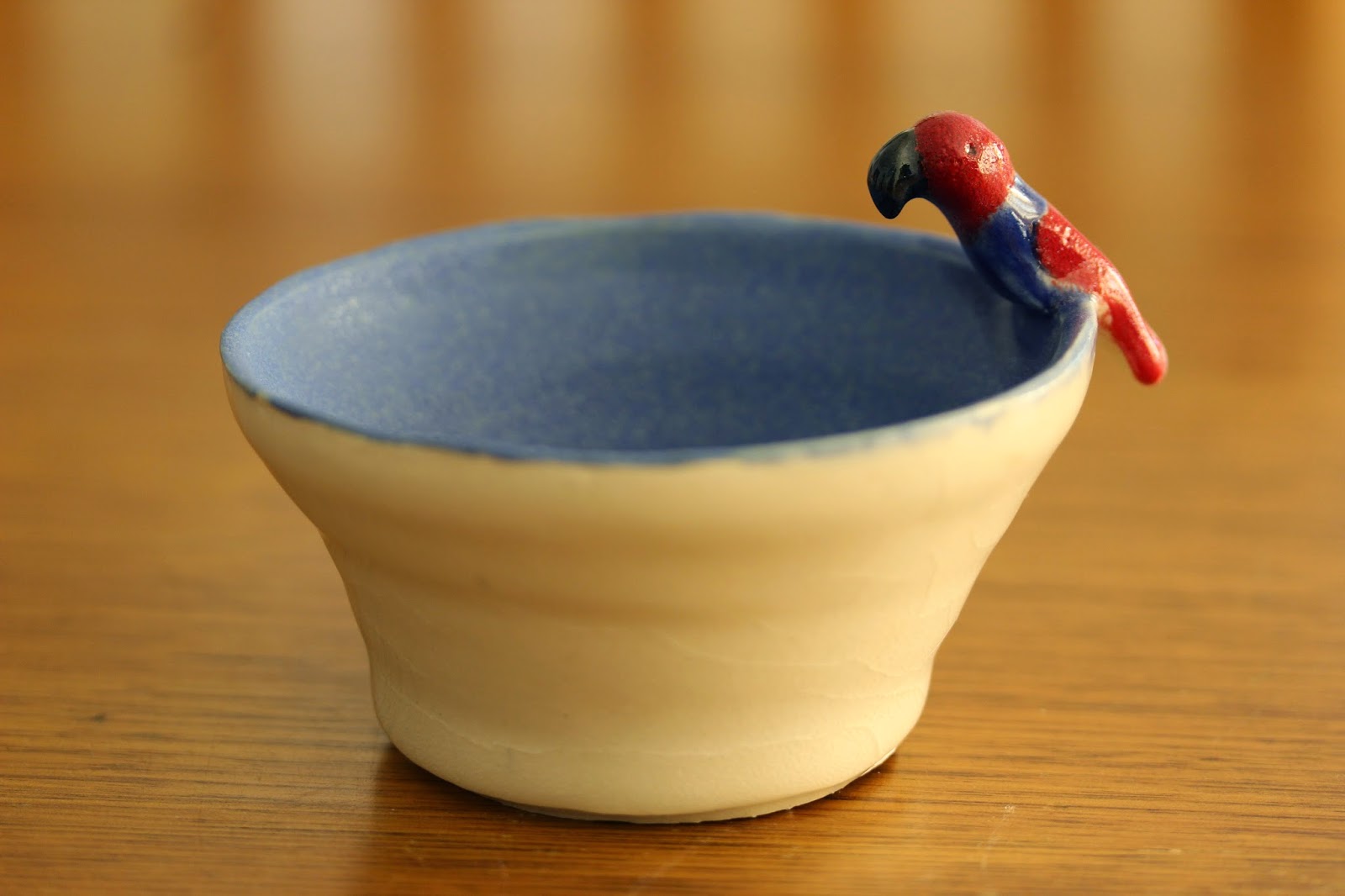 Ok, now this one has a story. It began as a bowl shape, got lost in the move to the new studio, was forgotten about (by me) before being found in its new form missing about half of its original self. I was going to smash it but Jayne encouraged me to clear glaze and fire it. I actually quite like it as it is now, like some sort of relic. 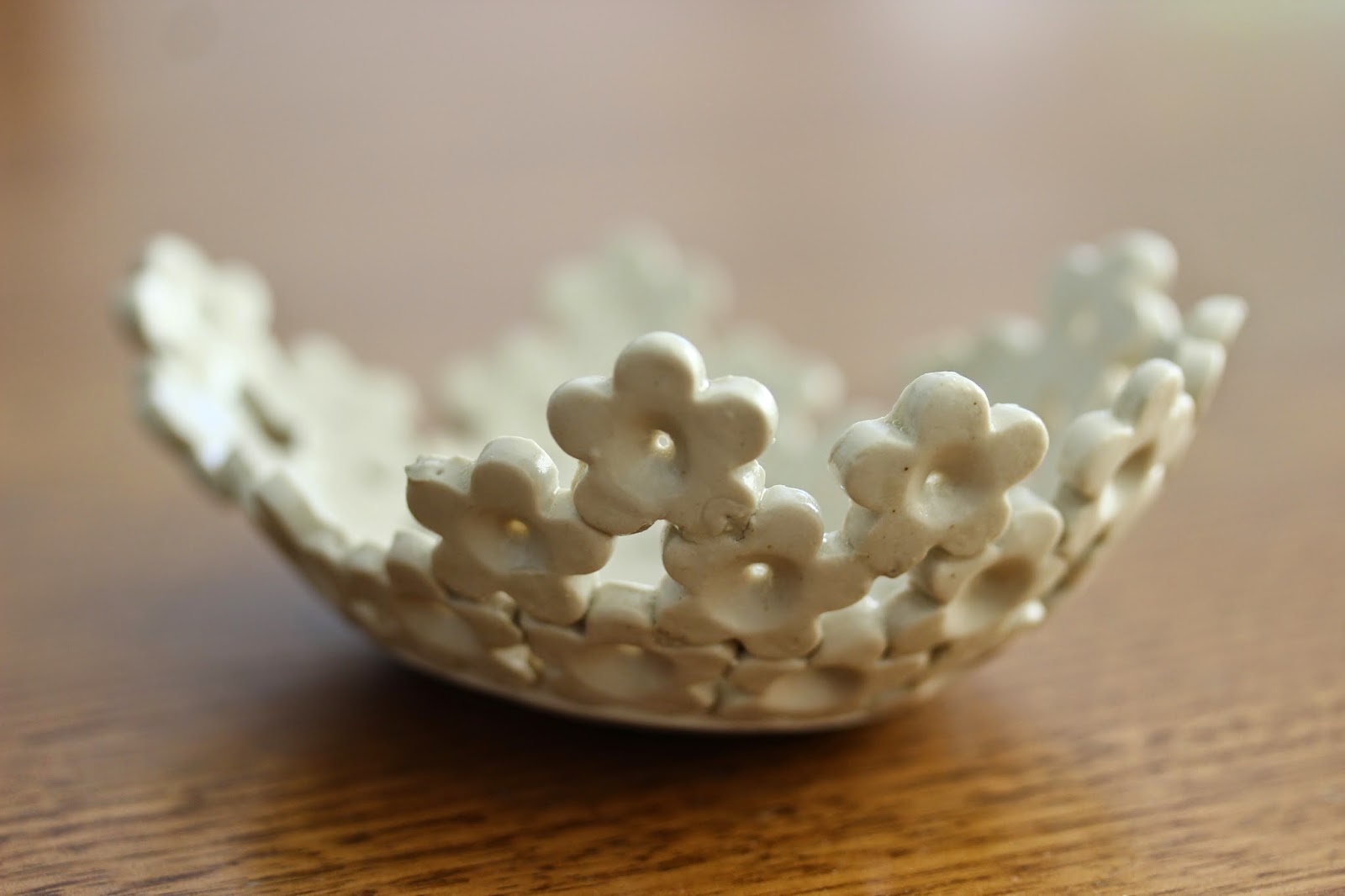 And of course there will always be more chooks. 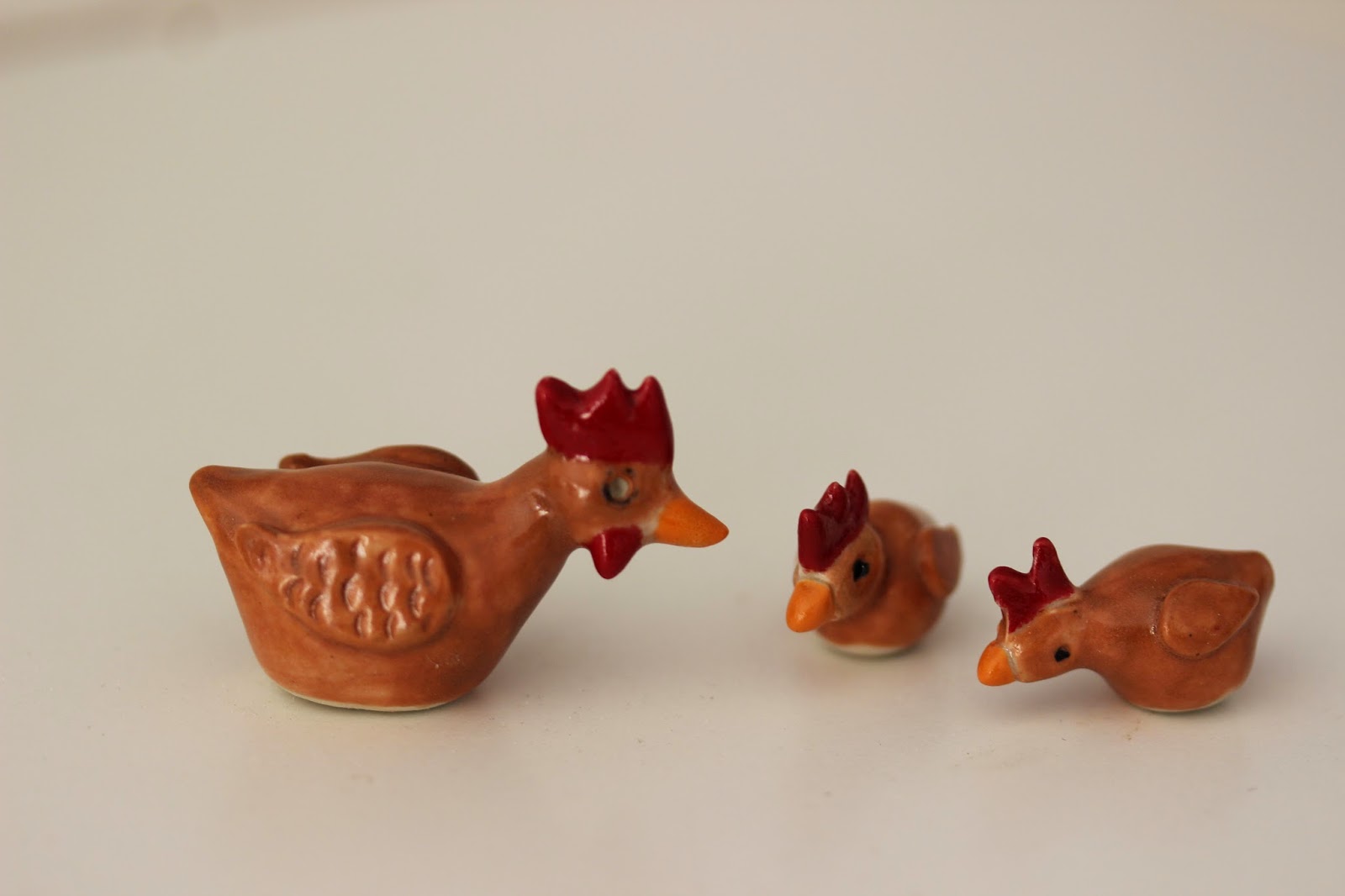